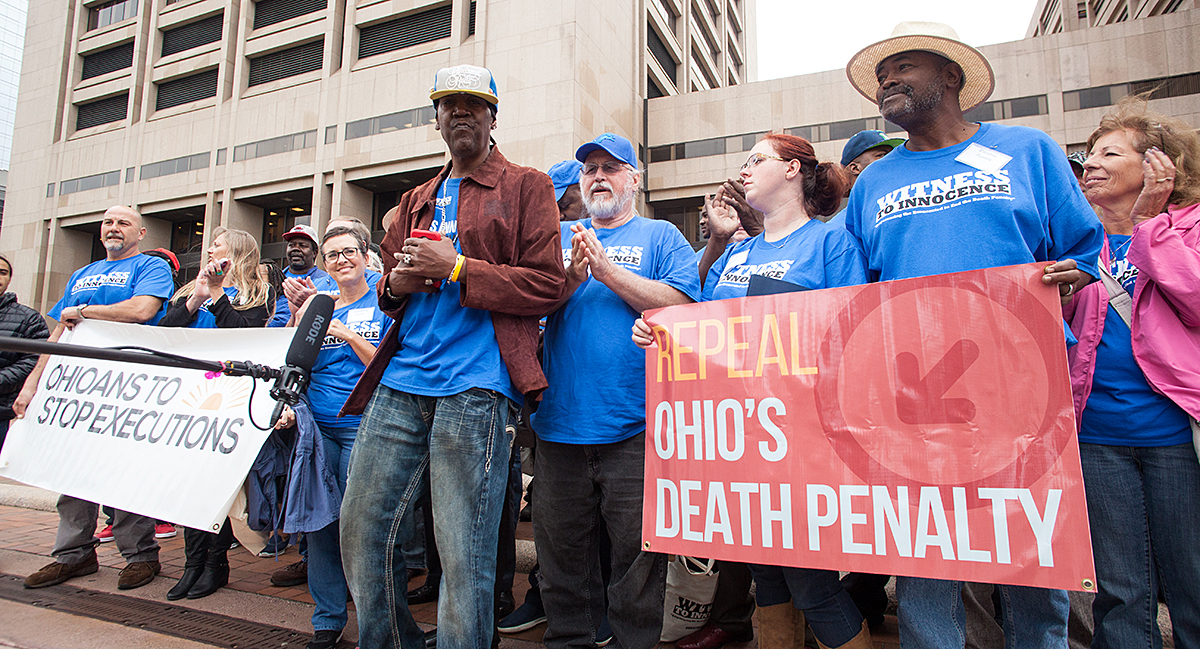 Try to imagine that you are an innocent person who is wrongfully convicted of a capital crime, who is sent to death row, and who then faces execution by lethal injection for a crime you did not commit.

The members of Witness to Innocence actually lived that nightmare but kept fighting to prove their innocence and survived to tell the world their stories. These courageous men and women also came together to form the only national organization in the United States that is composed of and led by exonerated death row survivors. Since its founding in 2003, Witness to Innocence has played a catalytic role in repealing state death penalty statutes, reforming local and state criminal justice practices, and shifting U.S. public opinion against capital punishment.

Green Seeds has been an integral part of the success of Witness to Innocence since 2005. Over the last 13 years, Green Seeds helped to raise nearly $10 million dollars in grant funding for this unique and transformational organization. Raising money to address a controversial issue such as the death penalty is a daunting challenge. Only a handful of foundations in the United States provide grants to anti-death penalty groups, and local, state, and federal government funding in the U.S. is nearly impossible to secure for groups opposing capital punishment.

That’s why Green Seeds decided to cross the mighty Atlantic Ocean for grant funding for Witness to Innocence.

Sometimes, when opportunities for funding seem to be restricted by your organization’s mission, issues, or geography, Green Seeds can help your group to cross oceans, climb mountains, or fly over the rainbow to find gold from unforeseen sources.